Get off the Merry-Go-Round: Why SiteFarm doesn't use carousels 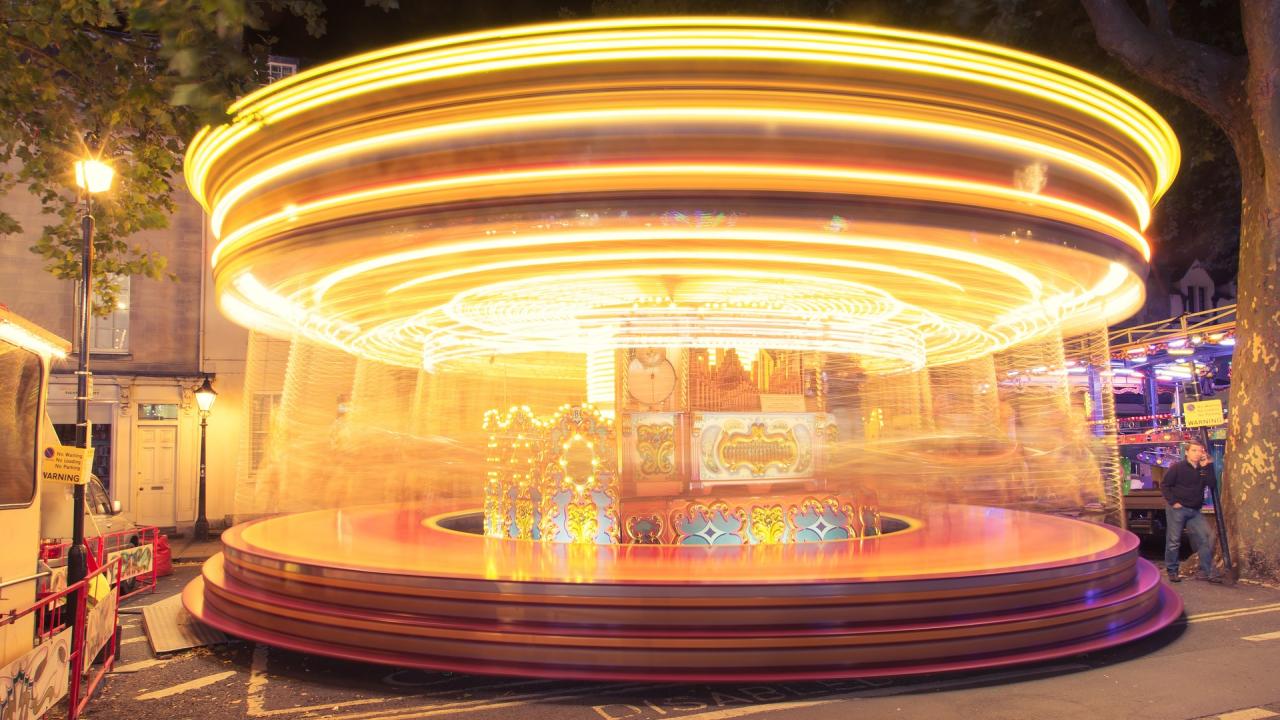 Carousels have been the golden child for web content for a long time now, but you may have noticed SiteFarm does not include them as an offering. Here’s why.

A data study performed by Erik Runyon from University of Notre Dame shows what developers have been trying to express for some time now; carousels are rarely used effectively and can actually be a detriment to a visitor’s experience.

Runyon chose to track the main Notre Dame site along with four other sites containing carousels, three of which were static, and one that included an auto-advance feature over a three month period. He tracked:

All told, his numbers indicate users clicked on the carousel an average of 2% of the time. Of that minuscule number, only the first slide received the lion’s share of clicks, with a sharp drop-off for the remaining slides.

The web industry responded by running its own tests, and refining the idea of what it means to use carousels in the age of swipe 'n' scroll. Additional tests yielded similar results to those revealed by Runyon's tests; namely, a low yield of overall clicks on the first slide, with a sharp decrease thereafter.

1. It off-loads politics on your visitors

Sometimes it's competing priorities. Sometimes ego is involved. Sometimes someone says, "we're supposed to have a slider thingy on the home page, so make it pretty." What often ends up happening is an office will abdicate its responsibility to ascertain if the content added to the page truly serves the mandated departmental goals and, ultimately, the needs of their visitors.

The result is a smorgasbord of unrelated, unhelpful content visitors rarely bother to interact with, making the effort a waste and throwing away a prime location on the home page that may be put to better use.

2. It causes usability and accessibility problems

Auto-advancing carousels can cause accessibility problems for low-literacy visitors. Too fast and the person might not have enough time to read the slide. Too slow and you're frustrating sighted users. More still, is the carousel accessible to those requiring screen readers? The navigation to see the previous or next slide might be confusing, or missing altogether.

Auto-advance carousels also hijack control from your visitor, which is never a best practice. It's also pretty rude.

Web users, by their nature, tend to be lazy and don't really appreciate being made to click any more than is necessary. If you want your visitors to see your content, place it on the page where they can easily see it without having to hunt for it, or else don't include that piece of content at all.

QA testing in a few cases indicated some people read right past the carousel, intent on finding the desired information and ignoring the carousel thinking it was an ad banner. This feeling was reinforced if the slide didn't contain any information the user felt relevant to their search, making it feel like a distraction to be ignored. Without ever touching the first slide, the remaining slides never had a chance.

4. Carousel slides are binary--they're either on or off

The average carousel is 3-5 slides. One might argue that, in reality, a carousel is a single slide--if the content in the other four isn't visible, it's not there and, if it's not there, it's not important enough to be on the page. Kinda says a lot about the other four slides, doesn't it? If the information is important enough to be visible to a visitor, it should be visible all the time in a place prominent enough for your visitor to actually discover it.

A growing percentage of site visitors are consuming your content via their smart phones. Unless properly optimized for the web, large images risk adding a lag to a visitor's site experience, and anything longer than a couple of seconds in wait time could result in the visitor concluding your site doesn't work, or they don't care to wait, and leaving to go elsewhere.

Continuing on with the mobile web, the idea of "above the fold" is dead and no longer considered a best practice in web design. Users are generally content to scroll down a page provided the content is useful and/or engaging.

After all that, is there ever a reason to use a carousel?

Yes, but its use should be restricted to providing greater context to an already established idea. The carousel should enhance the destination--not relied upon as a way to get there in the first place.

In both these cases, the sliders are static and are provided in the context of an already established topic (a specific shoe or property).

Happily, we have a block in SiteFarm that will meet this particular need--the slideshow gallery block, which includes:

If you're still not convinced and want to forge ahead to include your own, please note doing so becomes a custom project involving your site's sub-theme layer. Read more about custom design in our Site Builder section.

"Why isn't my redirect working?"

"My webform submissions keep landing in my Junk folder"

"My form menu options are breaking out the side!"

"How do I make my bullet lists wrap around images?"